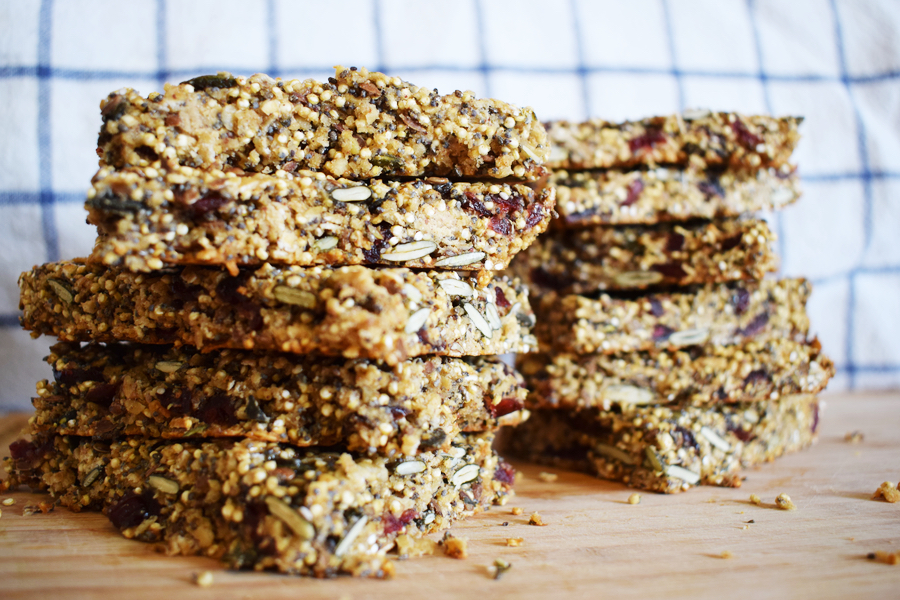 One of our staples at home for its many nutritious facts, is quinoa. A goosefoot found in the Andes, where it was widely cultivated for its edible starchy seeds before the introduction of Old World grains. Chenopodium quinoa, a flowering plant in the amaranth family, is a herbaceous annual plant grown as a grain crop primarily for its edible seeds. Because it is not a grass, it is a pseudocereal. With the nurturing qualities it holds, it is a great ingredient for high-protein content snacks.  Adding Matcha powder will increase the plant-based protein quantity as well as acting as a detoxifier due to its Chloropyll content.

Matcha is in essence powdered tea. This means you’re drinking the actual leaves, which have been finely powdered. Since the whole leaves are ingested, it’s a stronger source of nutrients than steeped green tea. In addition to providing vitamins and minerals, matcha is rich in antioxidants called polyphenols. One specific phenol and antioxidant is a catechin called epigallocatechin gallate (EGCg), this one makes up 60% of the catechins in Matcha Green Tea. Out of all the antioxidants, EGCg is the most widely recognized for its cancer fighting properties. Ingesting this powder [the pure leaves] also give three times more caffeine, as it contains a natural substance called l-theanine, which induces relaxation without drowsiness. Here is a great resource to more information about Matcha as tea. 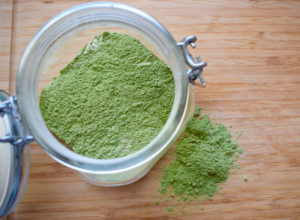 Granola bars usually use egg to keep it tight together, but since I am making this recipe vegan, GF and palio-inspired, I have replaced the egg content for apple sauce. If you wish to use eggs, I suggest using only the egg white which is the protein part, avoiding the yolk which holds the cholesterol (use 3 egg whites).  If you have heard that there is gluten in oats, based on my research I found that “According to the University of Chicago Celiac Disease Center, yes — oats are technically gluten-free since they aren’t a type of wheat, barley or rye grain, the three groups of whole grains that naturally contain the protein gluten. Instead of containing gluten, oats actually have a protein called avenins” (Dr. Axe). 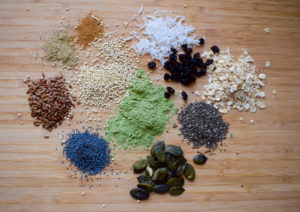